That means hello in Danish, according to Google Translate, haha. Can you tell I’m having a good time?

So this morning was a semi lazy one. I was out of bed by about 8:30am after I forced myself back to sleep because I was so used to waking up at 5am.

Anyway!! I did some more exploring around where I am staying and then left for breakfast at a restaurant not too far from where I was staying, and boy was that a feast!

They first brought me some tea in a nice glass which was cute and then out came this platter with a lot of food on it, a basket full of fresh seeded bread and another platter with bowls that had been covered. 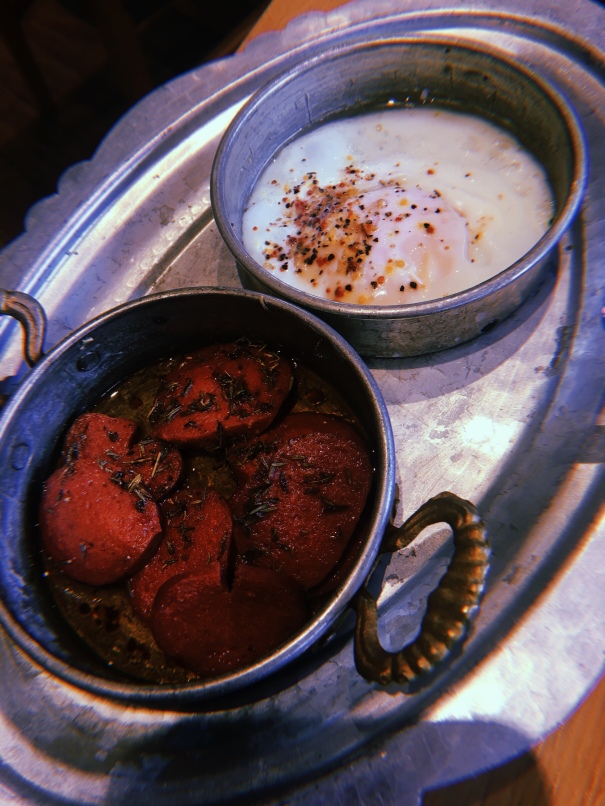 And this is what was hiding in those covered bowls. Salami and a fried egg. It’s so cute. I tried this dish called su börk, (a Turkish dish) basically pastry with different types of cheese inside and it was really nice! There was a lot of things and I finished pretty much everything.

Also I am totally convinced that fruit helps you eat more food because normally I would not be able to eat as much as I did especially since I wasn’t that hungry. 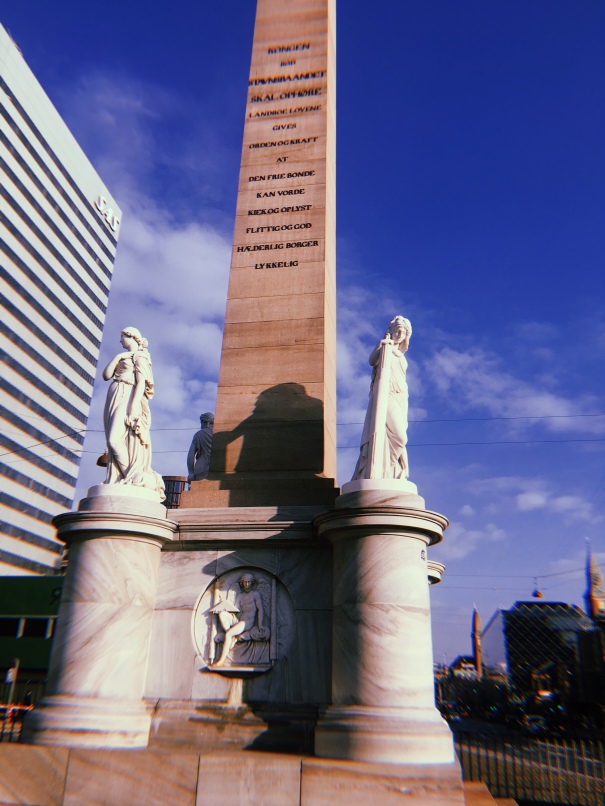 Anywho, after breakfast I did a mini shop and tried to get used to the money and coins they have here, I think I’m getting the hang of it.

Once I was finished there I went to do a little sightseeing. I think I picked the best place to stay because it is literally central to everything and all the external places I need to get to are very accessible.

Everywhere I went I was just surprised as to how pretty everything was. A turn the corner and there were more things to say wow to.

When I finished sightseeing I came back ‘home’ [mainly because my phone crashed and decided to jump from 75% to 1%. Good thing I brought my disposables with me].

I read a book I’ve just started to read, Everything Here is Beautiful, as part of my resolution to get back into reading. I figured I would do something whilst charging my phone before the next activity …

I went to a place in Rofshalevej called CopenHot. It’s a sauna and hot tub place by the sea which was really fun.

At first I was freaked out because it was in a dodgy looking industrial place with little lighting and I was alone but I got there and there’s jazz playing, a disco ball, the sea and two little Bon fires. It was so nice.

We were all told what we could do and that the water was recycled from the sea and it was great. There was a nice view, I mean it was dark but it was still nice just wish I came during the day or sunset.

After that I went to McDonald’s, because I really wasn’t that hungry and was too cold and tired to look for a new place to eat, I brought it home to eat in the restaurant area.

And now I’m here, all showered and ready for bed.

This was my day 1, can’t wait for tomorrow.

Until next time loves,

That’s all she wrote